I followed my glass eye’s iCade Sanwa mod guide and modded my iCade. The experience was almost seemless; finding a high street store that knew what a dremel was was a challenge however. I inquired at Halfords at one point and after explaining to the staff member that I wanted it to “modify a joystick” he helpfully replied “well, we stock car parts, we’re not a joystick parts store”. Thanks; my bad… I should’ve gone to my local arcade parts store next to McDonalds. You can find them almost everywhere!

The dremel tool I bought from Halfords kinda did the job in widening the holes for the buttons and the joystick (use goggles and a mask as bits of plastic get everywhere). I think the mod might’ve broken it though as the sanding tool I used subsequently doesn’t screw properly at the top. I could’ve used sandpaper I guess but didn’t fancy spending hours on it and I also hadn’t used a dremel before. I also bought a “terminal connector block” from Halfords after initially buying a “terminal block strip” from Wickes. I have little-to-no electrical experience (and neither did the guy I asked in Wickes seemingly) but it turned out that both would probably be equivalent to the “screw terminal” mentioned in my glass eye’s tutorial.

The only other slightly tricky element were the two Torx security screws (pin-in-hex-socket) that came on my iCade (some iCade’s seemingly don’t feature these); this required a special trip to Maplin to buy the cheapest screwdriver set I could find with the correct head to unscrew the security screws.

In summary; a mod that was slightly trickier than the previous mod I’d attempted but I’m very happy with the end result which looks and plays amazing I feel.

Limited set of photos of the iCade Sanwa mod viewable on Flickr.

Guides followed to achieve the mod: my glass eye’s “how to customise your iCade stick and buttons” tutorial and the “iCade button customisation” thread on Touch Arcade. 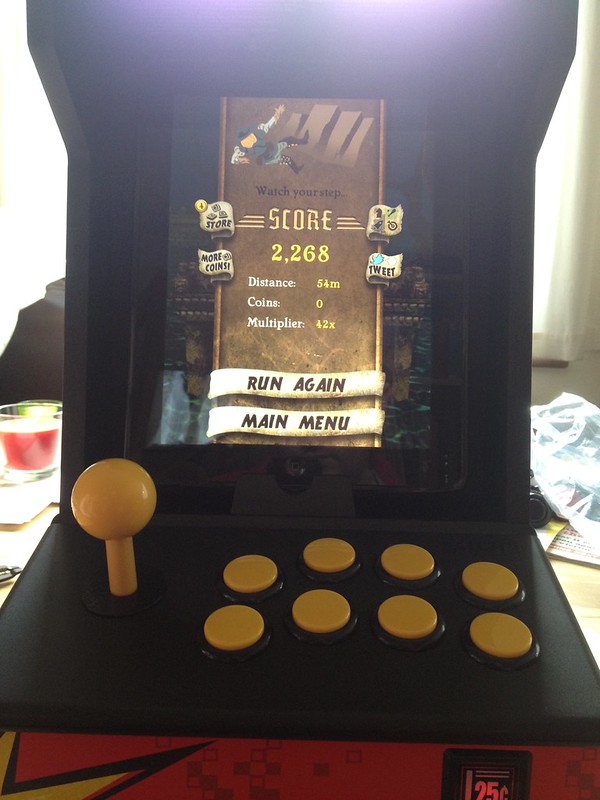